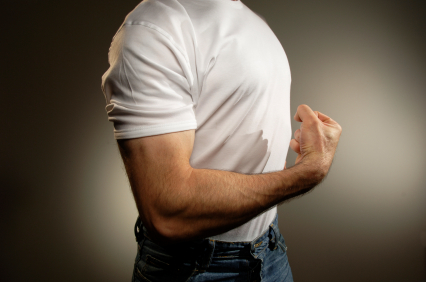 Harvard professor Clayton M. Christensen coined the term “disruptive innovation” with his book The Innovator’s Dilemma in 1997. According to his website, disruptive innovation “describes a process by which a product or service takes root initially in simple applications at the bottom of a market and then relentlessly moves up market, eventually displacing established competitors.” Within the nonwoven and consumer products industry, product developers drool at the idea of creating a product that will have this kind of impact.

To fully understand disruptive innovation, it’s important to move past the high-level comprehension of a definition. Let’s take a look at a few examples.

Of course we had to start with cotton. While it’s been around for centuries, it wasn’t always the premier choice for clothing. While wool once held sway over the European market, in the latter half of the 17th century the East India Company began to provide cotton fabrics to Britain. These cheaper cotton fabrics—called calico and chintz—gained favor among the poor. By the 18th century, cotton fabric had caught on, and not just with the lower class.

Cotton provided a variety of advantages; it was very colorful, easily washable, cost less than silk, and far more affordable. British manufacturers were so concerned that Parliament passed the Calico Act, banning the use of the fabric for clothing. But the 1770s brought the advent of manufacturing innovations such as the spinning jenny, the water frame, and the spinning mule, and in 1774 the Calico Act was repealed. Cotton became a commercial boon for Britain. And even today, cotton is still consumer-preferred.

Remember when it was called electronic mail? Email was a game-changer for individuals and businesses, and it’s come a long way since its inception. Early email demanded that both parties be online simultaneously, much akin to instant messaging. But now, with only a brief connection, users are able to check in as early and often as they want with mail servers accepting, forwarding, delivering, and storing messages.

Today it’s easy to take for granted the fact that you can send a message anywhere in the world in matter of milliseconds. You’ve probably already forgotten the inconvenience of writing out a letter, popping a stamp on it, and dropping it in the mailbox—all while saving a few trees in the process. We’re guessing only the postal service wouldn’t be fan of email.

Another technological marvel, the personal computer supplanted mainframes, creating a market that dwarfed its bigger brothers. Today you’d be hard-pressed to find a home without a personal computer, and obviously the modern workplace wouldn’t, well, work without them.

Initially inexpensive, personal computers didn’t seem to pose a threat to mainframe manufacturers. But when paired with software applications, operation became easier for the end-user. Bigger—and more costly—mainframes were used by multiple people at once, and larger data processing systems demanded an around-the-clock staff to operate them. But while personal computers won that battle, today they’re losing ground to smartphones and tablets.

Though an obvious example, it’s easy to forget that rail stilled ruled the day roughly a century ago. When it came to land transportation at the start of the 20th century, rail was the best—and cheapest—option to transport passengers and cargo alike. Initially cars and trucks were found in suburban areas, where they took the place of streetcars and industrial tracks.

With the expansion of the highway system and the mass production of vehicles, the use of rail subsided. Today, everyone has a car, and the ability to get from point A to Z isn’t as valued as comfort, technology, and speed. Luckily for rail, it’s not completely obsolete; it’s still favored for large-scale bulk cargo.

Most people love taking photos. But most people aren’t trained photographers—and they certainly don’t know how to process film. While a digital camera certainly doesn’t mean you can take a great photograph, it made photography more accessible to the masses with some built-in advantages: increased resolution, shorter shutter lag, and small memory cards that hold a ton of images.

Connectivity to a personal computer and printer means you not only don’t have to process film, but that you can also skip the trip to the store to have them developed. Photos can be stored on your computer, or in the cloud. The creation of the digital camera made taking photos far more convenient, and left old-school chemical photography to talented and nostalgic artists.

It’s a matter of convenience and cost

With these examples of disruptive innovation, convenience and cost play a major role in the success story. As we stated in other posts, removing unnecessary steps in customers’ everyday lives—placing a stamp on a letter, or avoiding a trip out to have film developed—is often where you find the best opportunities to make disruptive waves. As the definition at the start of this post states, it typically starts by keeping it simple. For any product developers out there, keep that in mind for your next breakthrough innovation.

Have you downloaded “Game Changers: 8 Cotton Products that Impacted the World” yet? When it comes to nonwoven innovations, some of the best products are also the simplest.