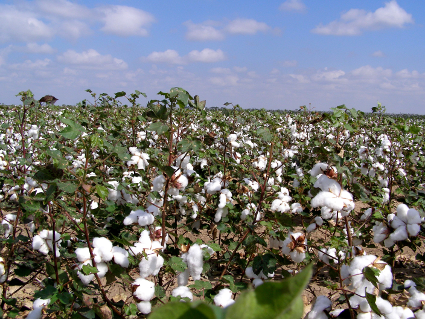 Globally, the Dynamics for Cotton Are Shifting

The global dynamics for cotton are changing rapidly as China’s government has decided to promote, aggressively, their extreme inventory by imposing import quotas. The large inventory China still holds (estimated to be approximately 50 million bales) results from the hoarding China conducted during 2011 and 2012, which led to global supply scares that drove cotton prices to record levels during that period. China, once the leading importer of cotton, will again reduce imported cotton by .75 million bales. This reduction is supported by the reduction in the price of polyester, which is nearly half the price of cotton in China.

U.S. Planting Projections Are Higher in 2016

Changes at the Top for Largest Producer and Exporter

India is now the world’s largest cotton producer and the #2 cotton exporter. Vietnam is now projected to be the world’s largest cotton importing country, bringing in over 5.0 million bales of cotton. The result has been a gradual decline in the NY Nearby Futures price to a level just under $.60/lb. The A Index (which reflects a more global price) averaged $.68/lb. in January. Based on today’s production, global reserves, and usage forecasts, there is good reason to believe cotton prices will remain in these ranges in the coming months.