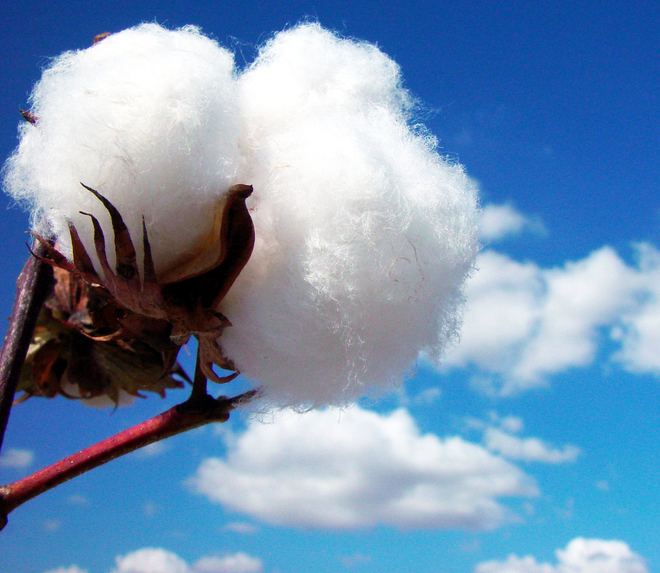 We’ll start with the statement that ultimately came from our 2002 position paper on genetically modified cotton:

Independent laboratory tests show that after scouring/bleaching there are no GM/transgenic proteins present in processed GM cotton and as such it is indistinguishable from processed non-GM cotton.

This initial spark that led to this position came from a May 2001 meeting, one organized by Cotton Inc. with main U.S. bleachers. The main thrust of this meeting was to discuss how the cotton industry should respond to being restricted in its ability to supply bleached GMO-free cotton.

At the time, the U.S. cotton crop contained both GMO and GMO-free cotton fiber since there was not a large commercial effort by ginners and mills to separate the non-GMO cotton. The consensus of the group that gathered for that May 2001 meeting was to have an independent third party determine whether transformed DNA material could be measured in cotton fibers harvested from genetically enhanced plants after the fibers had been wet-processed by scouring and bleaching.

The study was designed to include each gene and the combination of these genes (stacked) presently in commercial cotton production. The cottons were grown in replicated plots with pest control in the state of North Carolina in 2000. These cottons were ginned without lint cleaning, and a conventional (not genetically enhanced) variety was used as a control.

The genetically enhanced varieties were contained transformations of the BXN gene (Buctril herbicide resistance), Bt gene, (worm resistance), R gene (Round-Up herbicide resistance), and the Bt/R stacked gene. The subsamples of these cottons were sent to an independent lab (Biogenetic Services Inc.) for GMO/transgenic testing. The analysis of these samples indicated the ability of the laboratory to find transgenic cotton DNA in duplicated testing.

An unprocessed (not mechanically cleaned) sample of the tested cottons was submitted in duplicate to us for processing in our lab’s sample kier. The samples were processed using the equivalent of 14A, which is our standard procedure for processing #1 cotton in production. The scoured/bleached samples were returned to Cotton Inc., who submitted them to Biogenetic Services for GMO/transgenic testing. All samples produced negative results—no GMO/transgenic material was found.

In addition, at that time we also received a copy of a report from a Scientific Steering Committee set up by the European Commission to consider the safety aspects of using genetically modified cotton in medical devices. This committee concluded that there were no additional risks in the use of genetically modified cotton in these products when compared to the use of GMO-free cotton. They did recommend that raw and processed fibers should be analyzed for protein content, which is, in fact, what was done in our work with Cotton Inc. and the other bleachers.

Based on our work, and the EC report, we found no measurable difference between GMO and GMO-free cotton after the fibers have been scoured/bleached. The main area of concern that relates to the genetically modified protein is addressed by the results from the independent lab: they show no evidence of these proteins in the wet-processed samples. Ultimately, cotton fiber is GMO-free after scouring and bleaching.