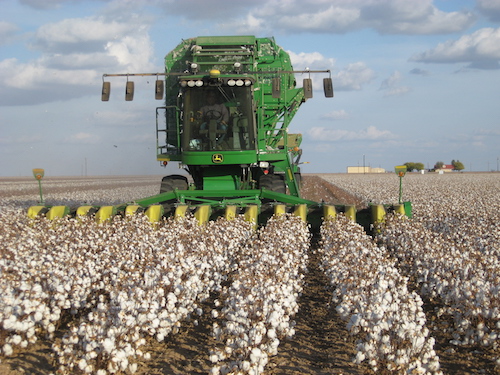 There have been some concerns in traditional media and social media channels regarding glyphosate contained in cotton products (and even some that have no cotton) going into consumer product channels. To set the record straight, we’ll start by explaining exactly what glyphosate is, and whether or not it is present in cotton fibers.

Barnhardt Natural Fibers Group became aware of the glyphosate scare in October of 2015. It all began when an anti-GMO, anti-agribusiness group from Argentina (Congress of Physicians of Fumigated Villages) issued a press release without any evidence of a study, peer review, or any release of the methodology used to support their findings. As is the case with any claims made by media via press releases, social media, or otherwise, Barnhardt (celebrating 116 years of successful enterprise this year) began to understand what glyphosate is, where it originates, and if it is present on Barnhardt Purified Cotton™.

Glyphosate is a compound found in Roundup (a popular weed killer developed by Monsanto and introduced to the market in 1974) to kill annual broadleaf weeds that compete with crops. Typically the Roundup is applied prior to formation of the cotton fibers on the plant.

Barnhardt then identified a U.S. lab that could test for glyphosate down to levels of 10.0 ppb (parts per billion). We provided samples of the raw nonpurified cotton and samples of Purified Cotton™ (cotton that had been treated with Barnhardt’s UltraPurification Process) for testing. It should be noted that nonpurified cotton tested with up to 330 ppb, while our Purified Cotton™ tested at levels noted in our official statement below:

The lower limit of the test method used by an independent lab is to test for residual glyphosate on purified cotton is 10 parts per billion (ppb). Therefore any glyphosate level on the fiber from 0 to 9.999999 parts per billion is listed as None Detected (ND). Barnhardt purified cotton fiber grades from both the Charlotte and Griswoldville plants were tested. No test results found levels of glyphosate above 100 ppb or 0.1 ppm or 0.1 mg/kg. with many fiber grades testing as None Detected (less than 10 ppb).

When it comes to the glyphosate issue, we believe these lab results speak—loudly and strongly—for themselves, and bring the issue to a definitive close as it relates to Barnhardt’s Purified Cotton™. As always, if you have additional questions we hope you’ll feel free to get in touch with us.