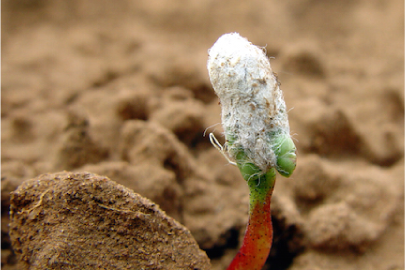 Today we’ll talk about GMOs, which has obviously been a hot topic over the past few years. Obviously, we’ll focus on GMOs as they pertain to cotton.Let’s start at the most basic level: GMO is the acronym for a Genetically Modified Organism, which means that specific genes have been spliced into the DNA of the organism. Animals, plants, and microorganisms can be genetically modified. Ultimately, two genes are inserted into the plant’s DNA.

One gene is the Bt gene, which is a gene from bacteria that is resistant to pesticides. This bacterium has long been sprayed on plants as a pesticide before it was spliced into the plant DNA. The Bt-containing bacteria are natural and are even approved as a pesticide for growing organic cotton. There is also an environmental positive: since the farmer can use fewer pesticide applications, there is less runoff into creeks and streams.

The second gene is from bacteria that are found in the soil. It was discovered when there was a spill of Roundup, the well-known herbicide. During the clean-up they found the concentration of Roundup decreasing, and they found that bacteria were eating it. This gene was inserted into the cotton plants, which ultimately made them “Roundup Ready.” Farmers can now control the weeds with Roundup, and the resistant cotton plants are unaffected.

How Much Cotton Comes from Genetically Modified Cotton (GMO) Seeds? 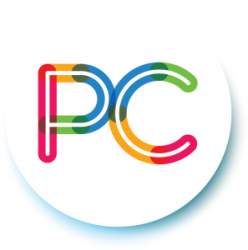 The seeds have the genes spliced into their DNA to give the plants resistance to herbicides (so you can spray for weeds without killing the plants) and a natural resistance to pests. These are good for the environment in that less of these are needed. It also lowers soil and water contamination, saving the farmer time and money. 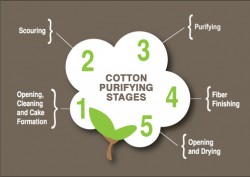 So the takeaway is that non-purified cotton contains GMO DNA, while the purifying process used by Barnhardt does not.Therefore, purified cotton may be grown from GMO seeds, but after purification it is free of genetically modified material.