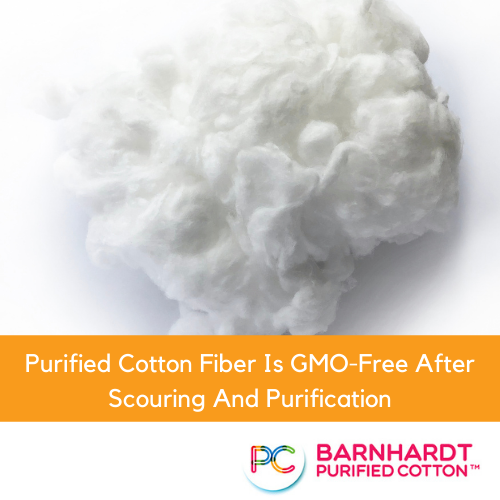 There are two main varieties of genetically engineered cotton. The first variety is designed to resist Monsanto’s Roundup, a glyphosate-based herbicide, while the second is designed to stimulate the plant’s production of toxins, which kill the bollworm (cotton’s primary pest). It is important to understand the implications of genetically modified (GM) cotton compared to non-GM cotton.

“Conventional cotton” refers to cotton that is grown with the help of synthetic agrochemicals, commonly from genetically modified seeds. Genetically engineered cotton now accounts for 75 percent of all conventional cotton. This method employs suboptimal farming and manufacturing practices that are significantly harder on the environment.

Raw Cotton is free from GMOs when grown organically. In order to be certified organic, farms must follow organic farming practices and factories must process organic cotton fibers separately from conventional cotton.

We’ll start by referencing the statement that ultimately came from our 2002 position paper on genetically modified cotton:

Independent laboratory tests show that after scouring/purifying (a.k.a. bleaching) ) there are no GM/transgenic proteins present in processed GM cotton, and as such it is indistinguishable from processed non-GM cotton.

In May 2001, industry leader Cotton Inc. organized a meeting to discuss the proper response to restrictions regarding the ability to supply bleached, GMO-free cotton. The consensus at the meeting was that more research was needed. Cotton industry members decided to bring in an independent third party to determine whether transformed DNA material could be measured in cotton fibers harvested from GM plants, after the fibers had undergone purification processes such as scouring and bleaching.

Scouring is a pre-treatment process required to expel the non-cellulosic ingredients of cotton fiber.  During this process, the waxes on the fiber are converted into water-soluble soaps, causing the  remainder of the plant matter to be softened and free from hydrophobic and non-cellulosic components (which result in absorbent cotton fiber). Hydrogen peroxide is then used as a purifying agent, which  whitens the fibers by oxidizing the coloring matter. The isolated use of hydrogen peroxide results in a  Totally Chlorine-Free (TCF) process that is both effective and environmentally friendly.

Consumers expect well-made and high-quality materials, which makes these purification processes a necessity. Additionally, consumer preferences are leaning toward more environmentally conscious  production practices, which means cotton manufacturers must explore methods that don’t require harsh chemicals. The practice of TCF purification ensures that the cotton is of the highest and safest quality.

Following the Cotton Inc. meeting, a study was conducted to include each gene and the combination of these genes (stacked) currently used in commercial cotton production. The cottons were grown in replicated plots with pest control in North Carolina. These cottons were ginned without lint cleaning, and a conventional (non-GM) variety was used as a control.

The genetically enhanced varieties contained transformations of the BXN gene (Buctril herbicide  resistance), Bt gene (worm resistance), R gene (Round-Up herbicide resistance), and the Bt/R stacked  gene. The subsamples of these cottons were sent to an independent lab for GMO/transgenic testing. The analysis of these samples indicated the lab’s ability to find transgenic cotton DNA in duplicated testing.

An unprocessed (not mechanically cleaned) sample of the tested cottons was submitted in duplicate to  us for processing in our lab’s sample kier. The samples were processed using the equivalent of 14A,  which is our standard procedure for processing #1 cotton in production. The scoured/bleached samples were returned to Cotton Inc., who submitted them to the lab for GMO/transgenic testing. All samples produced negative results—no GMO/transgenic material was found.

At that time, we also received a copy of a report from a Scientific Steering Committee set up by the European Commission (EC) to consider the safety aspects of using genetically modified cotton in medical devices. This committee concluded that there were no additional risks in the use of genetically  modified cotton in these products when compared to the use of GMO-free cotton. They did recommend that raw and processed fibers should be analyzed for protein content, which is, in fact, what was done in our work with Cotton Inc. and the other bleachers.

Based on our work, as well as the EC report, we found no measurable difference between GMO and GMO-free cotton after the fibers have been scoured and purified. The main area of concern that relates to the genetically modified protein is addressed by the results from the independent lab: They show no evidence of these proteins in the wet-processed samples. Ultimately, cotton fiber is GMO-free after scouring and purification.