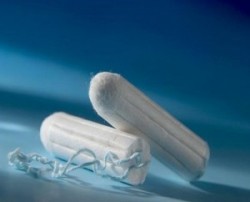 This is the second installment of The Truth About Tampons. In Part 1 we discussed the critical feminine careproduct’s history. Today, we’ll focus on whether some of the myths about tampons.

Tampons: When It Comes to Safety, What’s the Truth?

When it comes to tampons, women have used them for thousands of years. That in of itself should speak to the product’s efficacy. However, there are still rumors that persist—mostly online—about potential dangers. Some of these myths are regarding:

With concerns like these, there’s only one question worth asking: what’s the truth?

Here’s What the FDA Says

To address these concerns, we turned to a report by the FDA’s Center for Devices and Radiological Health, the branch responsible for regulating the safety and efficacy of medical devices (including—obviously—tampons). In short, the asbestos concern is bogus; dioxins are almost imperceptible and don’t pose a threat; and concerns about TSS, a very rare disease, can be allayed by using the proper tampon. Their report, which you can read in its entirety, can be found here.

However, if you don’t want to read the entire report, here are quick explanations regarding each claim:

According to the report, you won’t find asbestos in tampons. Why? Because manufacturers—like us—must undergo strict inspections to ensure that certain standards are being met. What’s scary about this rumor is that it assumes that companies are purposely including asbestos in an effort to sell more tampons, which is an unthinkable conspiracy. Though it should go without saying, we’ll say it anyway: the FDA found zero evidence of the use of asbestos in an effort to increase menstrual bleeding.

While dioxins can exist, the FDA claims that it’s at such a low level that it’s not remotely a concern. If that doesn’t make you feel any better, then the math will: when major U.S. tampon manufacturers were tested, dioxin levels were found to be at or below the detectable limit of the state-of-the-art dioxin assay, at approximately 0.1 to 1 parts per trillion. To use the FDA’s comparison, “a part per trillion is about the same as one teaspoon in a lake fifteen feet deep and a mile square.”

In the past, dioxins had the potential to be more prevalent, mostly due to the process used to bleach wood pulp, part of the rayon production process. However, the FDA states that rayon used in U.S. tampons is made with elemental chlorine-free or totally chlorine free (TCF) bleaching processes. This is important since U.S. tampons consists of cotton, rayon, or a mixture of both. Of course, cotton is held to these bleaching standards, too. If you read this blog at all, you know we use a TCF bleaching process, and that the process is far simpler than bleaching viscose rayon fibers.

While scientists believe a connection between tampons and TSS exists, it’s been difficult to make a direct connection. The bulk of the concern comes from high-absorbency tampons, which can increase the chances of TSS, as well as vaginal dryness and ulcerations. This can come from women using a tampon with far more absorbency tampon than is actually needed. A now-dated CDC study found that some tampon designs and materials are associated with TSS, but the FDA claims that those products and materials are no longer sold in the U.S. market (the FDA web page on this matter was updated as of 2013).

Still, choosing the right tampon is critical, simply to reduce TSS-related risks, as well as general vaginal discomfort. This is why the FDA demands that manufacturers utilize strict absorbency descriptions on packaging, with “junior,” “regular,” “super,” and “super plus,” as descriptors, no matter the brand. Women are encouraged to use the tampon product with the least amount of absorbency needed.

Don’t Trust Everything the Internet Says

Tampons are a critical consumer product, so it’s always good to spend time uncovering the facts or fictions that are floating around. For those of you wanting to dig deeper, or read the details, we again encourage you to read the FDA report. The key takeaway is that manufacturers like us are held to rigorous standards. Those standards aside, Barnhardt is committed to providing the safest cotton, especially for the products consumers trust most.

Parts 1 and 2 reference Tampax’s authoritative “History of Tampons and Tampax” page, this Harvard Law School paper, and the FDA report. We were also inspired by this About Health blog post.