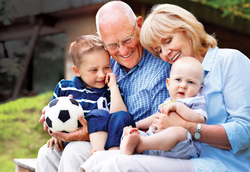 Some subjects just aren’t very fun to talk about. Just as the cliché states, some topics become the elephant in the room; everyone knows a problem exists, but no one wants to broach it. Today that topic is incontinence. And while the subject isn’t a pleasant one, for manufacturers and product developers it represents a huge opportunity (more on that momentarily) in the marketplace, simply based on medical and population trends.

It’s no secret that members of the baby boomer generation have reached their golden years. Unfortunately, aging brings with it a variety of factors that contribute to incontinence:

These are just a few examples of changes in health that can occur as we age. But there are other traumas that can contribute to incontinence, no matter your age. In fact, the gender breakdown of incontinence sufferers in the U.S. might surprise you.

Women Make Up Roughly Three-Fourths of the Market

According to this Nonwovens Industry article, “in the U.S., 75-80% of the market is comprised of women.” That might seem startling, but it actually makes sense when you consider the toll of pregnancy and childbirth. That means incontinence can manifest itself during or directly after childbirth, or the associated trauma can lead to incontinence later in life. This also illustrates how incontinence doesn’t just affect the elderly. And gender aside, obesity is a contributing factor since the additional weight places additional strain on the body.

Why We Need Innovators for Incontinence

We’ve talked about reasons why adult incontinence is a growing issue, but the real numbers are staggering: it affects 25 million American lives. In the opening paragraph, we discussed how incontinence presents an opportunity; while this be construed as a market to be pursued for financial gain, hopefully companies and product developers can look past that and view this an opportunity to improve the quality of life of so many sufferers. With incontinence there is shame, so products should be designed to provide as much dignity as possible.

So What Do Consumers Want?

According to Cotton Incorporated, there are a variety of reasons why cotton is preferred for bowel and bladder protection. With cotton, they believe it’s:

A baby can only cry if a diaper is uncomfortable. Adults can express their feelings verbally as to the softness and comfort of incontinence products. They can make a choice in which products to use.

While these beliefs are typically true—especially when compared to synthetic fibers—they don’t even hit on key cotton advantages. Absorbency is another area where cotton shines. But in returning to idea of human dignity, the fiber’s quietness (no crinkling plastic sounds) is an extraordinarily desired trait. According to that same Nonwovens Industry article referenced earlier, “a recent survey revealed that nearly 75% of incontinence product users cited ‘quietness while wearing’ as an important product benefit.”

Cotton Is Only Part of the Incontinence Solution

While being quiet, comfortable, absorbent, and hypoallergenic are product qualities that can help the incontinence sufferer, some of those traits can be enhanced through improved product design. And it’s important to consider that as the number of people with incontinence continues to climb, the uniqueness of those people increases, too. The product that works best for an elderly woman might not work well for a woman in her 20s. That’s a direct challenge to product developers. While this is a market that’s not going away anytime soon, it’s a place where a new innovation can have a lasting and positive impact on millions of lives.