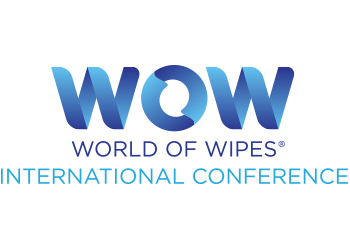 Barnhardt Cotton recently participated in the World of Wipes Conference in Chicago, an annual production of the Association of the Nonwoven Fabrics Industry (INDA), taking in some interesting data and analysis on the nonwovens industry in North Carolina.

The World of Wipes Conference, which took place June 5-8 at the Windy City’s Sheraton Grand Hotel, is an annual gathering of nearly 500 members of INDA, with the purpose of gleaning exclusive insights on market data, flushability, substrates and ingredients, and sustainability presented by some of the biggest names in the wipes industry. At this year’s show, Barnhardt took away great insights about the nonwovens industry, especially its economic impact on our home state of North Carolina.

A Large Presence across North Carolina

According to INDA, the North Carolina nonwovens industry is comprised of 946 organizations, 787 of which—including cotton fiber manufacturers like Barnhardt—are involved in the nonwovens supply chain. The remaining entities represent a range of contributors to the industry, including consultants, academic institutions, trade associations, and industry media.

The economic impact of the nearly 1,000 organizations that comprise the North Carolina nonwovens industry is notable not only for its large scale, but also the breadth of the impact across the state. The industry currently employs nearly 58,000 employees, representing an annual payroll of $2.1 billion. A staggering 89 percent of North Carolina Counties benefit from the presence of the nonwovens industry.

While the history of nonwovens in North Carolina is both long and significant, the last three years have seen a real uptick in industry investment. Since 2016, the industry has invested $770 million in new and improved plants and equipment, with 16 additional projects planned for the next two years.

The industry added 2448 new jobs at an average annual salary of $36,400, a total of $89 million in new salaried dollars invested in the people of North Carolina.

There are currently 37 producers of nonwovens residing in the Old North State, with 121 nonwoven product lines (at least four new lines are expected by 2020). The state’s producers generated 635,600 tons of product in 2017, a figure that represents 16 percent of North American nonwoven production.

The value of North Carolina’s product reached $1.7 billion, making the state one of the top five markets for material produced by the nonwovens industry.

Contributor to a Wide Spectrum of Markets

North Carolina producers generate product for an array of industry applications ranging from absorbent hygiene products to supplies for healthcare. Take a look at the different industries represented by made in North Carolina nonwovens:

The Barnhardt team always enjoys its annual journey to World of Wipes, and 2018 was no exception. The market data team at INDA provided some great data and analysis from around the nonwovens industry, and we are proud to play our own role in the great success of the industry in North Carolina.

To learn more about our applications for the nonwovens industry, contact our customer service team today.